The Harsh Facts Of Hollywoods Diversity

Diversity and statistics in Hollywood

“I think that young white men definitely have an advantage in the industry because of institutionalized prejudice in hollywood. Women don’t get as many roles because in our society we are raised to see women as two dimensional which is why the women we see on screen should have the same qualities as women in real life.” stated Lauryn Azu a West Bloomfield High School Sophomore. 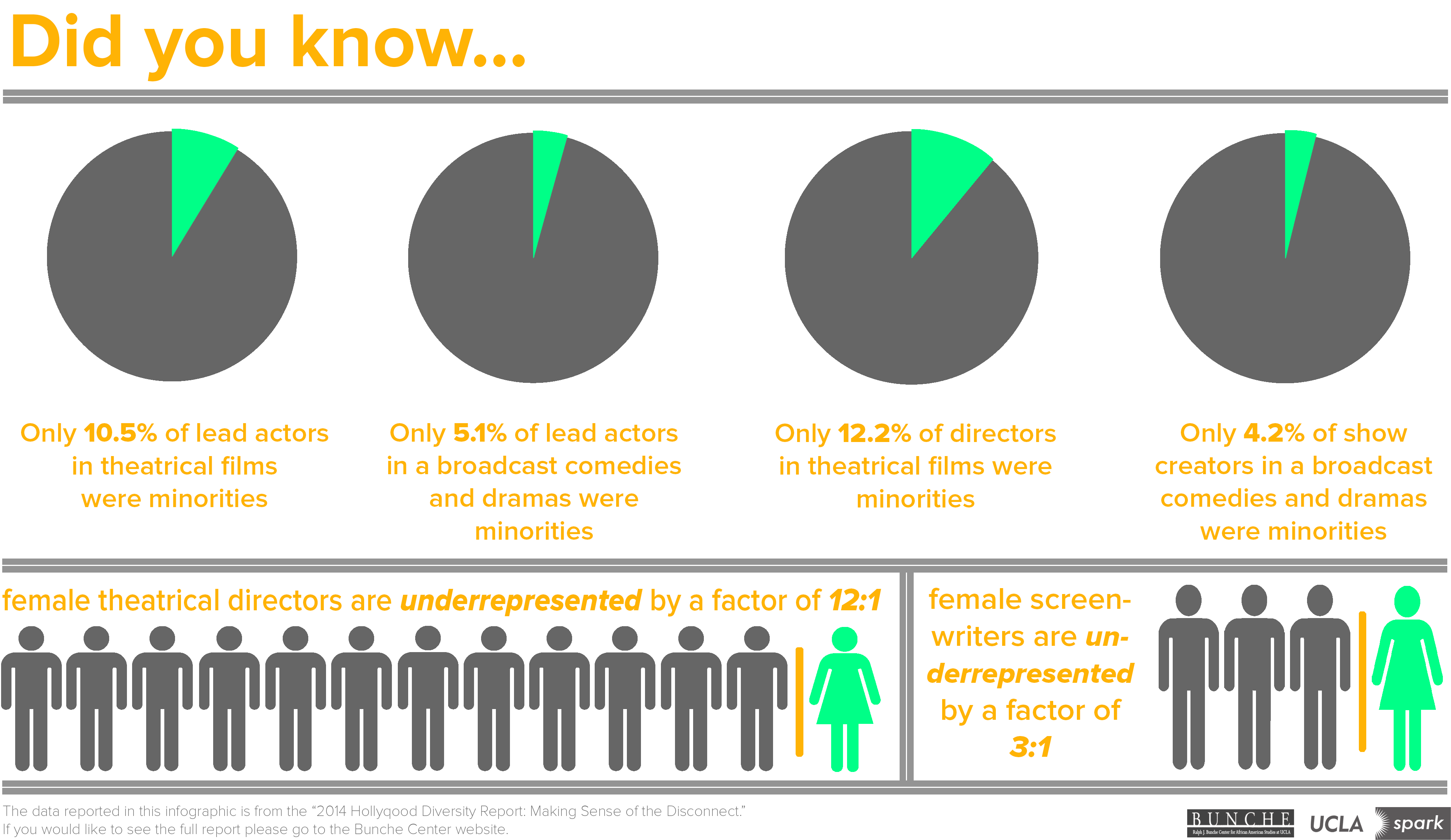 USC’s Annenberg School for Communication and Journalism created a survey that measured how diverse Hollywood really is based on a recent hashtag that went viral #OscarsSoWhite. Overall, in their study they found that half of the films and TV shows they analyzed had little to no Asian speaking characters and more than one-fifth of them had little to no black characters with dialogue.  Along with that a mere 2 percent of speaking characters identified as lesbian, gay, bisexual or transsexual, and more than half the LGBT characters in all the films they examined came from two movies. The conductors of this survey concluded that Hollywood is not a very Diverse industry, and that the only way to move out of its prejudice borders they should start off by setting goals that accommodate more than one specific group of people in different forms of entertainment.