A Special day For Many

Mississippi is the last state to rule against the ban of gay parent adoption.

On May 16, 2013, the Every Child Deserves a Family act was introduced to congress. This act states that any organisation that deals with foster and adoptive children and has some form of funding from the Federal government shall not discriminate against or refuse a couple from adopting their child if they are in a same-sex relationship or if either identifies as LGBT, however this only applied to federally funded establishments leaving privately funded ones able to refuse service. In mid March, U.S. District Court Judge Daniel P. Jordan III granted a preliminary injunction that blocked the Mississippi’s Department of Human Services from enforcing the adoption ban. Jordan cited the high court’s ruling on marriage, writing, “The majority of the United States Supreme Court dictates the law of the land, and lower courts are bound to follow it … In this case, that means that [the adoption ban] violates the Equal Protection Clause of the United States Constitution.” As of late April a federal judge struck down lifting the ban on Mississippi’s LGBT adoption policies. Mississippi was the last state to make LGBT adoption legal, making it legal in all 50 states.“Mississippi was the last state in the nation that prohibited adoption by gay couples, so, in all 50 states, gay couples are allowed to adopt kids — as it should be,” said Roberta Kaplan, lead lawyer in the case. Many christians spoke out as well, stating that there is ” A goodly number of Christians [who] are tired of being painted with that brush, so we’re standing up,” said Hrostowski, who is also an Episcopal priest. With Gay marriage and adoption being legal in all 50 states many are more than excited to begin their long awaited families. For more information on the LGBT community and judge rulings click here. 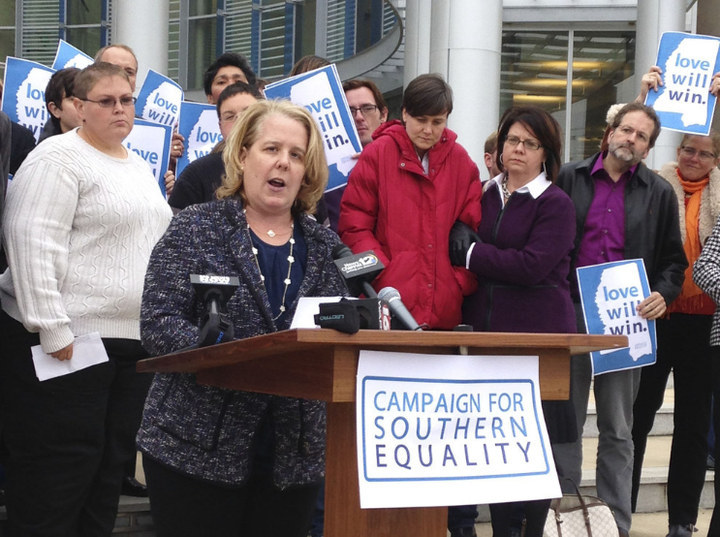